How microplastic damages the ocean environment

Our planet survives on its water -- those beautiful oceans and lakes that sustain all forms of life. Keep that beautiful image in your mind, because now we’re about to hit you with a depressing fact 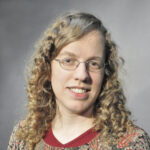 Those essential water bodies have millions of pieces of plastic floating around endangering aquatic and human life.

We’ve all seen troubling photos of turtles swimming through plastic bags. Those must be cleaned up. However, the more significant damage happens with millions of smaller bits, or microplastics, floating throughout our ocean and lakes. We don’t even see them as microplastics are tiny plastic pieces smaller than 5 millimetres in length, the size of a sesame seed or even smaller!

It’s a major problem. In fact, The National Oceanic and Atmospheric Administration (NOAA) said microplastics are the most prevalent form of pollution in water.

And they’re everywhere — Scientific American says microplastics have been found in every part of the world, from Florida beach sands to Arctic sea ice.

And it’s not stopping — in 2019, Nature magazine said plastic waste entering the oceans was expected to increase 10-fold by 2025.

It’s a dangerous trend we must reverse.

Let’s start by understanding what’s happening and what we can do.

Microplastics come from different sources. There’s the plastic debris like bottles or containers that degrade into smaller pieces. Then there’s Microbeads, tiny pieces of PET added as exfoliants to beauty products, cleaners and toothpaste, that pass easily through water filtration systems and end up in oceans or lakes.

Once they’re in the ocean, those microplastics inevitably become part of the marine food chain as fish and other creatures ingest them. A 2019 study in Field Actions Science Reports confirms lobsters, corals, sea urchins, fish, corals, and plankton have been known to ingest microplastics.

Smaller creatures tend to ingest a lot of microplastics, thinking it’s plankton. Those microplastics do not degrade in the creatures’ digestive systems. They go from the digestive system into the bloodstream and organs, causing damage, leaching hazardous chemicals, compromising immune functions, stymying growth and reproduction. When a larger creature comes along and eats the smaller one, now it has the plastic too.

In May 2020, the BBC reported on a University of Manchester-led study which found up to 1.9 million plastic pieces per square metre on the sea sand lying at the bottom of the Mediterranean near Italy. More microplastics have been found in even deeper regions, including ocean canyons and deep-sea trenches.

The underwater currents carrying oxygen and nutrients throughout the ocean would also carry those microplastics to the biodiversity hotspots, increasing the chance of ingestion by marine life.

While our understanding of deep-sea ocean regions is still in its infancy, researchers suspect the currents could put large regions of marine organisms at risk.

Toxicity could extend to humans as well

When marine life is at risk, humans are also at risk. For example, microplastics have been detected in canned fish. The same is probably true for fresh fish and seafood.

It is a real problem of toxicity since microplastics and plastics are generally created with toxic chemicals. Consuming too high a concentration of these chemicals could lead to long-term problems such as cancer. However, the Environmental Protection Agency (EPA) says more study is needed to quantify the effects.

Some changes are already underway. In 2015, the United States government passed the Microbead-Free Waters Act banning microbead plastics from personal care products such as toothpaste.

But laws are just the start. More solutions will come through consumer behaviour.

As a consumer, make sure you encourage companies that are making a difference. Today you can find responsible companies manufacturing home appliances, cars and computers using parts made from recycled plastics. Here is HP’s first laptop made with parts recycled from ocean-bound plastics.

At the same time, support your local recycling programs and dispose of your used plastics according to local recycling regulations. In most cases, it’s as easy as putting the plastic in the recycling bin for curbside pickup.

Local stores or community events often take back items like e-waste for safe recycling at the industrial level.

We see positive trends in the recycling sector, but there’s so much more to do.

We’re only at the beginning!